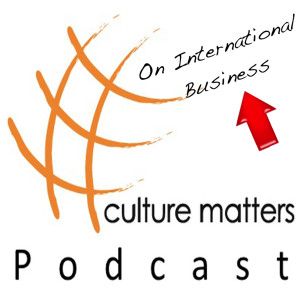 I’ve had so many readers message and contact me over the last couple weeks and say something along the lines of, “I feel like I’ve been spookily haunted by your book! Everything I read brings your story to mind, and makes me feel like you predicted some version of this crisis!”

At least in my book, the crisis is somewhat contained to the metropolis of Beijing — even if that’s not exactly the end of the story.

It’s made me wonder if I just didn’t have the imagination to take the story all the way to a global pandemic. For sure, that went far beyond what I wanted to accomplish with the book. The story I wanted to write wasn’t ‘what happens when crazy scientists in China bring the world’s economy to a crashing halt’. So, in this respect, my book is only partly predictive of the viral outbreak we’re currently living through.

That being said, if all the news out of China has made you feel like you’re really not understanding what’s actually going on in that monster asian country — you know, the one that is rivaling the US for world economic leader, and flexing it’s power in Africa and east Asia…. that one? Well, if you’re still curious how things in China work, specifically how things are going with the Corona outbreak, come over to an interview I just did yesterday with Chris Smit.

Chris hosts the “Culture Matters” Podcast which centers around culture and business. Our conversation was specifically about how China has been dealing with the Corona Virus epidemic and how the Chinese mentality in this situation is specifically different than that of Germans or Americans.

If you’d like to hear what we talked about, click here. And let me know what you think!

1st. “The Party: The Secret world of China’s Communist Rulers“
The truth of the matter is, no one really knows how China’s government works. Who decides the next Party Secretary, and with what process does that decision happen? How are the nine members of the Politiburo elected? No one knows!
McGregor does an impressive job of hunting down what there is to know about the structure of China’s political system through exhaustive interviews and research. He discusses the history of the Party and the politics that characterize it currently.
Note : I really wish he would publish a follow up, because things have developed in the last ten years, and it would be more than interesting to know what his thoughts are.

2nd. “Age of Ambition: Chasing fame and fortune in New China” – Evan Osnos.
This is a series of essays along a similar non-fiction line as the above, but focused more on the social structure of China. The struggles of the people, the ideas that form how they think and act, and the issues that pervade daily life. Again, the book is now more than five years old, and with Xi Jinping, China has definitely entered a new age. So — I’d love to read a follow up.

Also, aside from reading suggestions,

This website uses cookies to improve your experience while you navigate through the website. Out of these, the cookies that are categorized as necessary are stored on your browser as they are essential for the working of basic functionalities of the website. We also use third-party cookies that help us analyze and understand how you use this website. These cookies will be stored in your browser only with your consent. You also have the option to opt-out of these cookies. But opting out of some of these cookies may affect your browsing experience.
Necessary Always Enabled
Necessary cookies are absolutely essential for the website to function properly. This category only includes cookies that ensures basic functionalities and security features of the website. These cookies do not store any personal information.
Non-necessary
Any cookies that may not be particularly necessary for the website to function and is used specifically to collect user personal data via analytics, ads, other embedded contents are termed as non-necessary cookies. It is mandatory to procure user consent prior to running these cookies on your website.
SAVE & ACCEPT